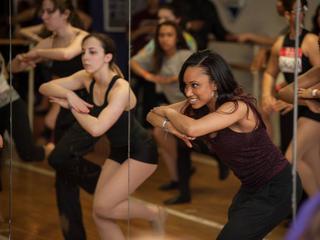 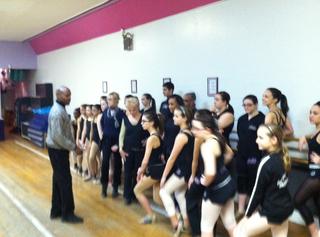 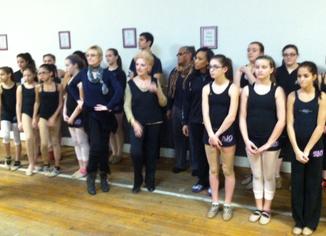 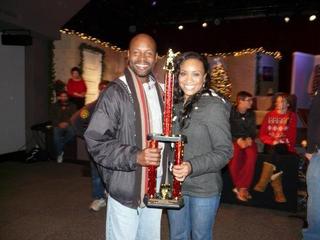 Paul W. Morris has been thrilling audiences with his electrifying energy since 1982. His stage presence and freedom under the spotlight show him to be a remarkable performer. Mr. Morris has been a professional dancer since the age 16. At that time, his career had its beginnings with the Atlantic City Dance Theatre and the Atlantic Contemporary Ballet Theatre (ACBT). During his years at ACBT he was a principal dancer in the company’s versatile and dramatic repertoire and choreographed a jazz ballet for the company. In 1985, he became a featured dancer in “Wild”, a RABCO Production staged in the Carousel Cabaret Theater, Resorts International Casino, Atlantic City, dancing a solo choreographed especially for him by Roger Minami, Choreographer/Producer.  Mr. Morris has been a featured dancer and soloist in RABCO’s incredible 13 year run of lavish and award-winning Revue Shows staged at Resorts Superstar Theater including: “Facinatin’ Rhythms”, “Pom-Pom”, and “Wahoo Baby”, in which he received rave reviews, appearing with such famous entertainers as Merv Griffin, Tommy Tune, Chubby Checker, and Chita Riveria. In 1992, he became assistant choreographer to Roger Minami assisting Mr. Minami in staging “Star Struck” a Paradise Island Resort and Casino, Bahamas. Other credits include RABCO Productions “Dazzle, “Star Struck”, “Love & Kisses” and “Hot Cha Cha”; “Funderful” a Merv Griffin Production at Resorts; “Glitter” at Trump’s Castle; “Franco and Mary Jane Show” at Taj Mahal; 1997-98 featured dancer in “Reflections” and “Blush” Prince Productions in the Shell Show Room at Trumps Marina; and “Motown Memories” for Face Productions at Resorts Casino Hotel and “Legends in Concert”.

In 2011, Paul received Artist of the Year presented by the Town of Hammonton’s Art & Culture Committee. The award was presented at the Eagle Theatre in Hammonton, New Jersey on June 3, 2011. Paul’s star is on the walk of fame in the front sidewalk of the Eagle Theatre.

Patrick Azzara is Owner/Executive Director of Paul Morris Dancexplosion LLC, in Hammonton, New Jersey. Mr. Azzara has a Bachelor Of Science in Hotel and Restaurant Management & Business Degree from Virginia Polytechnic Institute and State University. Mr. Azzara has been in the Hospitality/business and entertainment industry for over thirty five years planning special events and choosing talent for numerous productions. Patrick’s talented business degree and experience keeps everything running smoothly in the studio, keeping our students and parents well informed. He is also the Technical Director/Stage Manager, for our Annual Productions , running sound, building props, scenery and lighting for our dancers. Patrick also received a star during the artist of the year celebration, June 3rd, “Paul Morris Day”  The star will be located in front of the eagle theatre on the walk of fame for his accomplishments !!

Nicole Stephens is a native of South Jersey where she has studied a range of dance forms including ballet, tap, jazz, lyrical, modern, hip hop, and acro for the past 24 years. She graduated from the Southern NJ Academy of Performing Arts where she majored in dance. She continued her education at Morgan State University, majoring in psychology, where she performed on the marching band’s dance line. She furthered her studies at the Richard Stockton College of NJ. There she performed with the All Star dance team. Since, Nicole has filled her resume with various performance and choreography credits, including: the Atlantic City Card Sharks, Philadelphia KiXX and Philadelphia 76ers dance teams; music videos; television appearances, and commercials. She has also added performances and training from Atlantic Contemporary Ballet Theatre, Cygnus Performing Arts Academy, and The Performing Arts Theatre of Hammonton. She has choreographed many projects in the tri-state area ranging local events to professional music videos and has been the official choreographer for the Miss Atlantic City Pageant for the past 3 years. Nicole recently performed in a run of the Las Vegas show “Voices” at the Tropicana Casino in Atlantic City, NJ then traveled to perform with the show at the Belterra Casino in Florence, Indiana. Currently, Nicole is an instructor and choreographer at Paul Morris DanceXplosion LLC. in Hammonton, NJ and has been a part of the teaching staff since 2003.

Rita Ruh is a singer dancer and choreographer who owned and operated her own dance and performing arts center for 25 years in Northeast Philadelphia where the Rita Rue dancers earned the title of National Grand Champions and the stars of tomorrow Many of her students have gone on to perform on Broadway such as the original Annie Andrea Mcardle .  Miss Rita has judged at numerous beauty and dance pageants.  Miss Rita is currently Paul Morris DanceXplosion's master tap teacher.

Maureen S. McCloud was born in Trenton, New Jersey and was raised in Hamilton Township, Mercer County. She join PMD last year and teaches   Pre-K bat/tap and Pre-k ballet/jazz.  Ms. McCloud earned a Bachelor of Arts in Dance from the University of Washington in Seattle and an Associate in Fine Arts degree from Mercer County Community College.  Growing up she danced with Royal Ballet in Trenton, as well as with Princeton Ballet.  She was a member of the Mercer County Dance Ensemble in West Windsor and the Watson Johnson Dance Company in Trenton, along wih Kabby Mitchell Dance Company in Seattle.  After college. Ms McCloud danced professionally with Modern dance ensembles and was employed by oth Royal Caribbean and Reency Cuise Lines as an on-board entertainer/dancer in their production companies. She is currently a sixth grade Mathematics teacher with  the Bridgeton Public Schools -- where she coorrdinated the school  wide  holiday staff show over the last two years. McCloud resides in Hammonton with her husband Shawn ,and thier 2 daughters Isablla and Maggie

Gwen Crozier-Carole For 30+years, Gwen has taught ballet, pointe, jazz, tap and dance/acrobatics to students from preschool to 75 yrs young. She has performed on stage and screen, as a dancer/choreographer and strolling performer in 7 of Atlantic City’s largest casinos. She has participated in training films, hosted bingo, slot tournaments, voice overs and has choreographed for community events such as fashion shows, school related lecture demonstrations and performance exhibitions, to name a few. After having children, She rerouted her career and for the last 15 years has instructed rhythm and body mechanics through isolated Ballet technique for women’s artistic and trampoline gymnastics;Choreographing varying competitive level Floor and Balance Beam routines. She has coached levels 3,4 and 5 gymnasts through training and competition and assisted in coaching higher skilled gymnasts. Along with dance, She teaches Barre fitness, FloorBarre and yoga. She is Strength and Conditioning Certified and has a gymnastic level 4-5 judges rating. Aristotle ranked dance(rhythmic movement) as being among educational activities qualifying as things of value for oneself.That It cultivates the mind. Improves special awareness, releases endorphins into the bloodstream and reduces cortisol(stress hormones). In my classes, I love to combine creative sequencing with a spirit of playfulness while adding in a dose of inspiration. I teach with energy, investment and integrity while creating an environment that promotes discovery. I seek to help others have meaningful experiences in my classes to help connect them to other aspects of their lives.

Mrs. Gordon is the artistic director and choreographer of Allegory Dance Theatre, a successful dance educator, and an accomplished professional ballerina. She has studied ballet and pointe at locations such as the Dinshah Studio of Dance, the Atlantic Contemporary Ballet Theatre, and Joffrey New York. Mrs. Gordon has also trained in styles such as pas de deux, jazz, contemporary, modern, acting, singing, and conditioning. As a professional dancer, she has worked with Atlantic City Ballet, Reverie Dance Theatre, several dance/entertainment companies and in many theatrical productions. Her performance credits include various roles in the Nutcracker, Midsummer Night’s Dream, Carabosse in Sleeping Beauty, Victoria in Cats, the Spring Waters pas de deux, Side Effect Earth, and Concerto Vivaldi

For just over 20 years, she has been teaching traditional dance styles along the eastern United States and virtually to students worldwide. Mrs. Gordon places emphasis on proper technique, artistry, and maintaining the joy of dance. Several of her students have gone on to successful careers in ballet and contemporary dance companies, performed in national/international tours, and have become choreographers and teachers. Within Allegory Dance Theatre, she founded and implemented the Hope Dances program that brings the vast benefits of dance to senior citizens living with dementia.

Jennifer Gordon is an ABT® Certified Teacher, who has successfully completed the ABT® Teacher Training Intensive in Pre-Primary through Level 3 of the ABT® National Training Curriculum.   Mrs. Gordon is also a Level 1 certified teacher through the Progressing Ballet Technique® created by Marie Walton Mahon.

Mrs. Gordon has choreographed numerous works for Allegory, Reverie Dance Theatre, student pieces, pageant pieces, and musical productions such as Pippin for which she won an award for Outstanding Choreography. She was also nominated for a Perry Award for Best Choreography award for her work on Cabaret.  Mrs. Gordon uses real life experience and classic tales to inspire her choreography and teaching style. She has presented her work around the Philadelphia metro area and in the Jersey Fringe Festival.